When done right, Facebook contests are a fun and relatively easy way to expose your business to the masses. But how do you do them right?

When done right, Facebook contests are a fun and relatively easy way to expose your business to the masses. But how do you do them right? 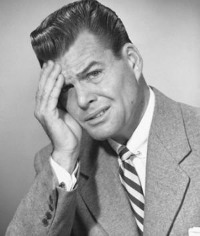 As you may have noticed, the official Facebook promotion guidelines are an intimidating, confusing mess. It takes a great deal of time and concentration to figure out what’s going on, so most businesses end up ignoring the rules and running their contests willy-nilly.

But what most business don’t know is that if Facebook catches on, or if one of their competitors tattles on them, then their entire Facebook page can be shut down in an instant. Without warning. Bye-bye hard-earned fans. You’ll most likely be able to get it back (unless you’re a repeat offender or a hard-core spammer), but it could takes hours, days, or even weeks.

No business wants to deal with that, so to make life a little easier for you, here’s an easy-to-understand breakdown of the official Facebook promotion guidelines.

All promotions must be carried out in a 3rd party Facebook app. That means you can’t hold your contest on your wall, in a group, or in any other kind of Facebook feature. You either have to build you own app using a Canvas Page, or go with an readymade app like Wildfire.

And while we’re on the topic of using Facebook features, here’s the exception to the rule: You CAN force users to do things before entering your contest. The only allowable actions are:

Note: You can’t use any action—liking, checking in, commenting, whatever—to automatically enter people into your contest (ie “Like our page to be entered to win a new pony!”). Users have to manually enter so they know exactly what they’re getting themselves into.

This is where most businesses fail. FYI: You CAN’T use comments, the Like button or any other Facebook feature as voting mechanisms (so no more “first comment wins!” or “The kitten with the most likes wins!” type of contests).

Facebook wants nothing to do with your contest. They’re happy to have you on board, but they hold you, the contest holder, entirely responsible for the contest and its participants. That said, your contest must have a blurb that includes:

You can email the winners, call them, send a singing telegram—whatever you need to do to get their attention—but you can’t do it through Facebook. Make sure your registration form is set up to capture all the pertinent info, like phone numbers, email addresses and physical addresses, so you don’t have to break any rules.