The History And Meaning Of Your Favourite Hashtags

Do you know what’s the story behind your favourite hashtags? Learn more about #FollowFriday, #fail, #Shatnerday and more.

I’ve talked a little about hashtags before in relation to Instagram. But you also probably know that hashtags are also used widely on Twitter and, even though less often, on Facebook and even Google Plus. Even though hashtags come and go with the news and trends of the day, there are some that have been around for a while and are still widely in use today. Hashtags are an essential part of social media marketing, not only because they show that you understand the medium, but also because they make your tweets more discoverable and shareable.

If you don’t know #FollowFriday (or its shorter version, #ff), then you probably haven’t been paying much attention to your Twitter feed on, well, Fridays.

According to this WebProNews post, #FollowFriday began in 2009. User @micah suggested sharing your favourite users for others to follow on Fridays. User @myklroventine then thought using a hashtag would help the idea spread more quickly… and spread it did.

The way it works is simple: every Friday, you post a list of your favourite users for others to follow, along with #ff or #followfriday. Some people tend to go overboard with multiple tweets filled with usernames, but I find that the best lists are those that come one user at a time with a reason for following them.

Also, if you’re mentioned in a #FollowFriday tweet, expect to see a lot of activity on your feed that day.

This is a geeky hashtag that happens every Saturday (as you can guess). I’m not sure where #Shatnerday comes from, but every weekend my feed is filled with Star Trek memes featuring William Shatner. This hashtag is great because it adds a little humour into Twitter and also because it is as enduring as Shatner himself, and of course Star Trek.

If your audience has a bit of nerdy side, taking advantage of this hashtag for your business might be a good idea. Use a still from Star Trek (there are plenty over the web, but here’s one resource), add your own funny caption, and share it on Saturdays. If you’re particularly clever, original or funny, you’ll definitely be shared around social media for the day. 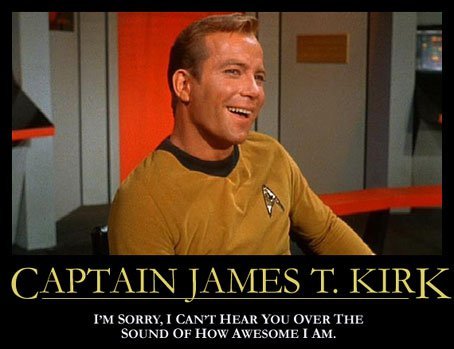 This seems to be a typically Canadian thing, but I’ve seen it used by some US tweeters as well. Basically, using your airport code (in our case, #yyj), you can identify your geographical location without having to spell out the whole name of your town. It’s a practical way to connect with local tweeters, promote events and generally get your business better known in a geographical area.

Don’t use your airport code hashtag for any and all tweets. It’s important to keep it relevant to the community you’re trying to reach. Tweet about events, restaurants and people. Keep it local–the hashtag followers will thank you for it.

No trend is really a trend unless it becomes self-reflective. #socialmedia is used mostly in business circles to discuss trends and techniques related to social media marketing. But businesses of all kinds can use #socialmedia to discuss things related to, well, social media: wins and fails, customer service, questions and more.

As with the airport code hashtag, use this one sparingly. There’s nothing more frustrating than being spammed with irrelevant tweets in a useful hashtags. Only use it when you have something relevant to say about social media.

Expressing dismay at an awkward moment or a great one can be difficult on Twitter because of the character limit. With #fail and #win, however, you can let your followers know about the good (and not so good) things about your day or your work. Most of the #fail tweets are meant to be funny or at least a little silly. Nothing serious or terrible is usually mentioned with this tag.

Using these tags shows the human side of your business. We want to collaborate with humans, not robots, and humans, no matter how perfect, make mistakes once in a while. But people also have good days and victories, so it’s nice to have a balance between fails and wins. Photos are good too, if you have them.

Do your hashtag marketing research

These are a few of the most enduring hastags, but there are also transient hashtags, those that last a few hours or a few days. You should have a look at these trends once a while to see if you can participate or produce relevant, interesting or funny content for it; remember the brilliant Oreo ad during the Superbowl blackout?

Love hashtags? Hate them? Let us know which hashtags are your favourites, which ones work well for you or why you don’t use them at all.