Pinterest Is Testing Paid Ads–What We Know So Far 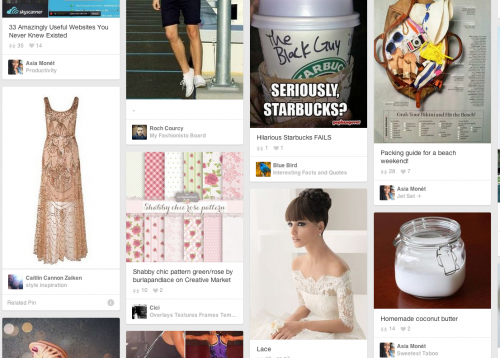 Since its meteoric rise to popularity in 2011, Pinterest has garnered a lot of attention from marketers and social media professionals. We know that visual marketing is a very effective way to reach your target market–after all, “a picture is worth a thousand words” isn’t a cliché for no reason. Pinterest, with its focus on beautiful visuals, easy sharing and an intuitive user interface, has everything marketers need to get their products known and shared. END_OF_DOCUMENT_TOKEN_TO_BE_REPLACED

When the first version of Pinterest launched in early 2010, the creators lost sleep over whether anyone except for a handful of close family and guilt-ridden friends would ever use the site. Well, turns out their fears were unfounded. Not only have they attracted over 16 million users, they’ve also opened up a whole new world of social media marketing.

END_OF_DOCUMENT_TOKEN_TO_BE_REPLACED

When Pinterest first launched back in March 2010, it was dismissed as a feminine space for brides-to-be, aspiring kitchenistas and crafty, DIY types. While it’s true that Pinterest users are overwhelmingly female (97%, actually), the site is not as niche as it used to be.