Confused By CASL? Know Your Next Steps

Note: This article was written in 2014 to respond to Canada’s anti-spam legislation (CASL) that came into effect July 1, 2014 and the difficulty small businesses were having complying.

According to a recent CFIB survey, 62% of small businesses have yet to take any steps to comply to CASL. Although this is concerning (we've done a bit of CASL advocacy with our clients, of course), we would like to make it easy for you to figure out whether or not you comply and, if you don't, know what steps to follow to implement CASL in your business.

With the help of this workflow, you can see what elements of CASL you need to implement for your business. 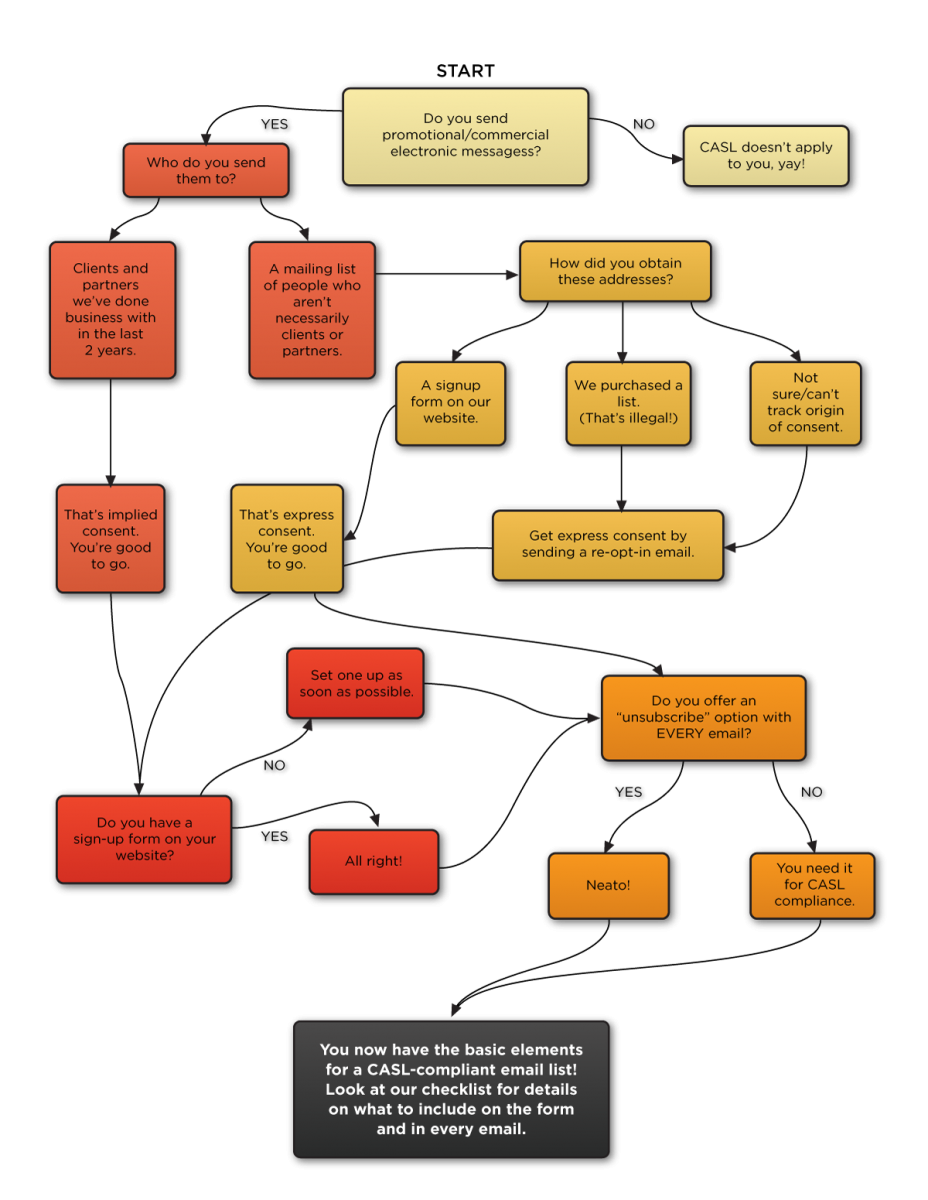 Disclaimer: this workflow do not constitute legal advice on CASL compliance. Your lawyer is always your best resource when it comes to compliance to legislation.

Infographics have a profound impact on both traffic and social actions on websites and blogs around the Internet. No wonder this phenomenon has been continuously growing since back in late 2009 when it started to become popular!

END_OF_DOCUMENT_TOKEN_TO_BE_REPLACED

Back in the olden days (circa 2008), travel used to require a Lonely Planet, a detailed itinerary and a packed tour bus. You might have jumped online once a week to let your family know you’re still alive, but other than that, you had to rely on your trusty guidebook to get you from point A to point B. It was great at the time, but thankfully the travel world has moved on to something bigger and better. Now, all you need to see the world is a sense of adventure and an internet connection.

END_OF_DOCUMENT_TOKEN_TO_BE_REPLACED

When the first version of Pinterest launched in early 2010, the creators lost sleep over whether anyone except for a handful of close family and guilt-ridden friends would ever use the site. Well, turns out their fears were unfounded. Not only have they attracted over 16 million users, they’ve also opened up a whole new world of social media marketing.

END_OF_DOCUMENT_TOKEN_TO_BE_REPLACED

Can Twitter in the classrooms help students get better grades? This infographic provides statistics and information for the use of Twitter as an educational tool.

END_OF_DOCUMENT_TOKEN_TO_BE_REPLACED

The Schools That Rule the Web

Recent studies prove it: increased engage,ent between educators and students cia email and social media has a positive effect on learning. Check out this infographic to see the schools that rule the web.