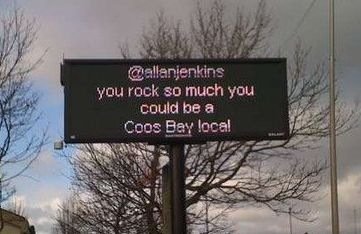 Rural communities are made for social media. They’re built on personal relationships and reputation, and even though the population will never 100% agree with each other, they all want nothing but success for their community. But, it’s difficult to make a living in the tourism and accommodation industries, especially in rural settings. Tourism operators need to put extra effort into developing their business and getting the word out.

The CBC recently reported on a survey of more than 3,000 tourists in PEI. Overall, people who got out into the Island countryside enjoyed their visit. People who didn’t leave the urban areas gave a wide range of reasons why not, and one of them was the lack of amenities.

That doesn’t mean that there should be a McDonald’s next to Green Gables—the visitors simply need more information about existing services and their hours of operation. Tourism is important, but so is preserving the small town way of life. Luckily, it’s possible to diversify the economy in rural areas while keeping them rural.

Look at Lake Arrowhead, California. With a population of 10,000 and only a small percentage of country tax dollars, the town had no extra money in their budget for advertising. The town has always been a tourist destination, but it was difficult for them to compete with the wealth of attractions in Southern California. So, they turned to social media to get the word out. A year after their first tweet, social media completely replaced print advertising and they saw more bookings that year than ever before.

Social media levels the playing field. It squashes physical boundaries and increases access to small towns, all the while diversifying the economy. Business owners can connect with other vendors or partners, gain new perspectives and extend the personal nature of a small town. Visitors can experience the community from anywhere in the world, truly get a feel for the town’s personality and best of all, get caught up in the uncontrollable enthusiasm locals have for their own town.

Lee Hopkins and Allan Jenkins know how friendly small towns can be, even via social media. Here’s how their experience went down:

Yes, Coos Bay did take somewhat extreme measures, but they still carried out social media in a way that could apply to every small town across the country. They watched Twitter for any references to their town, they had a sense of humour and they casually communicated, without pressure. But most importantly, they promoted what makes their town so awesome—their people. After all that effort, who wouldn’t want to go to Coos Bay?