Is Your Business Ready for July 1st? A CASL Primer 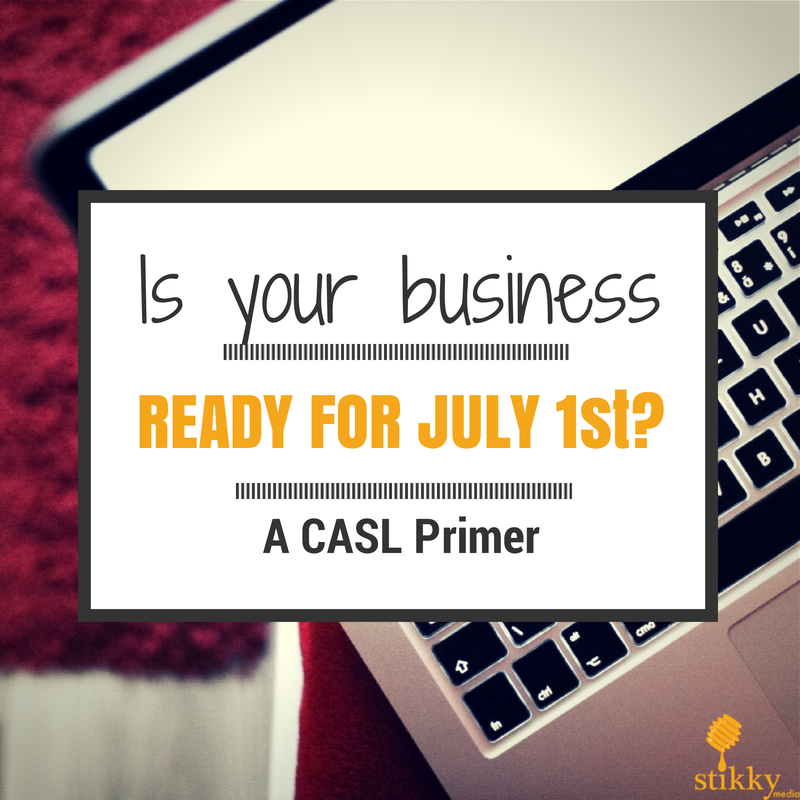 On July 1st, 2014, the federal government of Canada will formally launch the Canadian Anti-Spam Legislation (CASL). The CASL is a set of laws designed to protect Canadians from excessive spam,  to determine how predefined online communications practices are to be allowed within Canada, to assign penalties to businesses and individuals who break CASL laws, and to enable Canadians to report spam on the CASL site itself.

The laws formalized within this legislation will likely be beneficial to Canadians, as they do much to address a large number of shady practices that cause unpleasant problems for users of online services. Beneficial as this legislation could be, legitimate businesses that do any sort of marketing online could unwittingly break these new laws if they don’t make sure that how they have done and will do their business online is legal.

What does this mean for small businesses?

The legislation affects more than email marketing methods. It will also have significant impacts on digital business practices such as:

It’s important that businesses take this legislative change seriously, for as reported in the Globe and Mail: “Responses to complaints will range from written warnings to court actions and financial penalties ranging up to $1 million per violation for individuals and up to $10 million for a company”. The government’s Spam Reporting Center homepage explains that information submitted through its reporting system will be “used by the three enforcement agencies (the CRTC, Competition Bureau, and Office of the Privacy Commissioner) under CASL”. Pretty serious stuff!

Elsewhere on the site, you can read that “It will also allow all three agencies to share information with the government of a foreign state if the information is relevant to an investigation or proceeding in respect of a contravention of the laws of a foreign state that is substantially similar to the conduct prohibited by this Canadian law”. Basically, not only can you be in trouble for breaking Canadian law, but the Canadian government can also share that information with other countries where the law is similar if that other foreign country receives a complaint against you. Again, serious stuff!

There are two main requirements for any CEM (Commercial Electronic Message) to abide by in order to be correctly implemented by the new CASL rules:

We assume many of our readers won’t know exactly what these things entail, and for this very reason we can’t stress enough how important it is for all Canadian businesses who do marketing of any sort online to learn as much as they can about the CASL before it goes into effect on July 1st, 2014.

If your business outsources its digital marketing efforts to agencies or other service providers, it would be prudent to investigate whether they are adhering to changes in Canadian law as well. Many practices that are common within online forms are no longer acceptable. For instance, prechecked ‘I Consent’ boxes are now illegal!

Below are some further resources where you can learn the details about CASL and what your business can do to be prepared for July 1st.

The Government CASL Site is the official information source provided by the Canadian Government on its anti-spam legislation.

The Canadian Radio-television and Telecommunications Commission (CRTC) is another official government source of further information.