Foursquare Day, the world’s most celebrated social media holiday, won’t get you the day off work, but it&r

Foursquare Day, the world’s most celebrated social media holiday, won’t get you the day off work, but it’s a chance to celebrate the success of the business and to get out and connect with others. It’s now official in 16 cities, including 14 in the US and two international locales—Ramat-Hasharon, Israel and own fair city of Victoria. The most recent addition was Foursquare’s hometown of New York City, where Mike Bloomberg hopes to one day be “mayor” of City Hall. 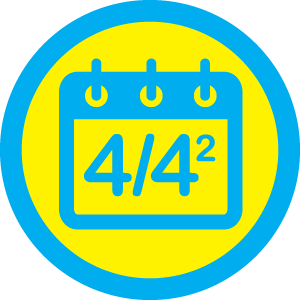 The first annual Foursquare Day was last year, and only happened because a Foursquare user suggested it. Nate Bonilla-Warford, an optometrist and self-proclaimed “fan of geeky holidays” (Mole Day, anyone?) suggested the idea. Long story short, he tweeted his idea, watched the tweet spread, wrote a blog about it and created the #4sqday hashtag. Foursquare soon caught wind:

Now, Foursquare is celebrated both officially and unofficially around the world, with gaggles of users unlocking 4sqday badges, flocking to Meetups and taking advantages of special promotions.

In Victoria, the fun is happening at Serious Coffee (Old Island Highway) at 10 AM, and at Cabin 12 at 3 PM. For more info, check out Victoria’s Foursquare Day page.

Also happening on Foursquare Day is the Babes Go Bare for Cancer headshave party! It’s not related to Foursquare in any way, but it’s a chance to watch this year’s calendar models “take it all off”—their hair, silly—and to partake in some appies and drinks. Gordy Tupper is one of the models, which despite his lack of hair is the most amazing thing I’ve ever heard. If you’re feeling brave, you can join in on the head shaving with a minimum $50 donation.

All proceeds from the calendar and fundraisers go directly to the BC Cancer Foundation and all eligible hair will be donated to the Angel Hair project.