AstroTurf. Once famous for being the Brady Bunch’s lawn of choice, the term now refers to the endless stream of opinion spam that litters websites around the globe.

You know what I’m talking about—those so-called “consumer reviews” that are stuffed with exclamation points, superlatives and robotic phrases like “Great rooms and service! Highly recommended!”

My fake-o-metre is also set off by:

AstroTurf. Once famous for being the Brady Bunch’s lawn of choice, the term now refers to the endless stream of opinion spam that litters websites around the globe.

You know what I’m talking about—those so-called “consumer reviews” that are stuffed with exclamation points, superlatives and robotic phrases like “Great rooms and service! Highly recommended!”

My fake-o-metre is also set off by:

And my personal favourite (which I’ve actually seen):

Reviews written by the author of the book being reviewed. Seriously. If you’re going to review your own book, choose a different name. And please don’t link your name to your author page. Sigh. 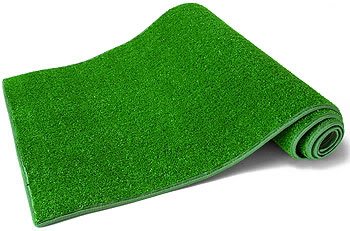 Many of the major consumer-review sites have strict screening processes that weed out the obvious astroturfers. TripAdvisor uses automated tools to flag questionable reviews, which are then examined by a team of moderators. Users can also keep an eye out for anything lame and report their findings. And if you’re caught faking reviews? TripAdvisor will place an enormous red stamp of disapproval on your business and bump it down a few pages. They won’t kick you off because that’s what some businesses want—the “no reviews are better than bad reviews” theory—so instead, your business will be forever branded as shady.

Amazon has “Verified Purchase” reviews, which means readers can see if the reviewer actually purchased the item or not, but Yelp handles things a little differently. They filter our the astroturfed reviews as best they can, but allow users to see them so they can make up their own minds as to what’s fake and what’s real.

Although these sites are doing the best they can, it’s impossible to catch 100% of the baddies. TripAdvisor posts 21 reviews every minute and there’s no way they can fact check every word.

But researchers at Cornell University have developed a computer algorithm that detects deceptive opinions, and according to their research, it’s 90% accurate.

Here’s what they did: They commissioned 400 freelance writers to each write a fake review for a hotel in Chicago, then mixed those reviews with 400 “real” ones. Three human judges couldn’t tell them apart, but their fancy computer algorithm could.

The fakes tended to be a more general narrative of their experiences, and contained a ton of exaggerated language (“OMG the best hotel ever! The most amazing beds and stellar service!”). They also spoke less about the hotel itself (makes sense, since they’ve never been there) and more about external aspects, like vacations, husbands or business. As well, the fake reviews contained more verbs, adverbs, pronouns and predeterminers. These all sound fairly obvious, but it’s easy for humans to overlook the subtleties of “well-written” opinion spam.

So if you’re thinking about writing a fake article to boost your ratings, offering customers incentives to write positive reviews or even hiring your own staff to write to spread the good word, think again. Not only will you be caught by smarty-pants Cornell students, you might also get a whopping fine.

Astroturfing is illegal in many countries, including the United Kingdom, Germany, Ireland, France, Italy and the Netherlands. And in the United States, a plastic surgery company attempted to astroturf a review website (while simultaneously suing the site for trademark infringement) and was fined $300,000. If that’s not bad enough, they also have to live with the fact that their Google results are now plagued by details of the case.

Businesses are run by people, and people aren’t perfect. Negative reviews will happen whether you want them or not. So rather than coating yourself with fake reviews—and getting busted—why not just respond to the negativity in a positive way, fix what’s wrong and carry on your business in the best way you know how?