4 Reasons Why You Shouldn’t Buy Fans and Followers 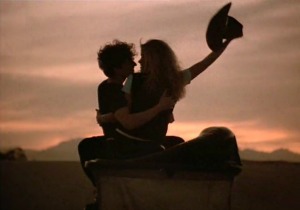 It’s not like in the movies, where nerdy boy pays popular girl $1000 to date him for a month and they end up riding into the sunset together on a lawn mower. Fake online friends won’t love you. They won’t converse with you. They won’t spread word of your business and they won’t fulfill your dreams of Facebook success. Because they’re not real people with a real interest in what you have to offer.

Still not convinced? Here are a few other reasons why you shouldn’t spend your hard-earned cash on phony fans and followers:

Facebook uses a little something called EdgeRank to determine how many people see your posts in the news feed and how high that particular content is positioned. The not-so-secret algorithm is based on several factors:

In a nutshell, low engagement = low EdgeRank. Please note that nowhere in the EdgeRank formula does it say that zillions of fans = awesome EdgeRank. It’s all about growing your online community organically so your fans will actually want to interact with you.

Paid fans and followers don’t trickle in naturally—a few this day, a few the next day. No, when you fork over cash, you get hundreds, if not thousands, of fans dropped on you in an instant.

With no obvious promotion, that looks extremely shady. It gives users—and your competitors—the impression that you have no idea what you’re doing and therefore have to resort to lazy tactics in order to appear popular.

More “reputable” companies (ie ones that won’t take your money and run), charge a measly 14 cents per like. But multiply that by ten thousand fans, or even a thousand fans, and that’s a nice chunk of change, especially when you’re provided with a phony network of fans who are all friends with each other. You’re better off spending your cash on Facebook Ads, Promoted Posts or Promoted Tweets targeted to your ideal market.

When you plump up your fanbase with purchased fans and followers, you skew important demographic data. Ages, locations, languages, sources of likes—it all becomes irrelevant.