3 Social Media Rules We All Learned in Kindergarten

That doesn’t mean you weren’t prepped for social media, though. Social media, like most things, relies on basic life principles. The kind you learn in kindergarten.

Don’t Poop in the Sandbox 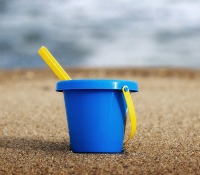 If you were especially lucky, your kindergarten classroom had a big indoor sandbox full of plastic buckets and rusty trucks. On a good day, sandbox time was spent building roads and transferring sand from one corner to the other. On a bad day, sandbox time was spent watching the janitor empty the box after 5-year-old Michael dug a hole and took a poo.

Don’t behave inappropriately in public. It ruins the experience for others and people won’t like you. And the worst part? Whether you’re violating a sandbox or using the Egyptian uprising to sell your new spring line on Twitter, your bad deed will always be part of your identity.

Michael only lost birthday party invites (and the freedom to go to the beach without being made fun of), but make a mistake online and you’ll lose friends, respect and credibility. Deleted or not, your oopsie will be forever entombed on the internet. 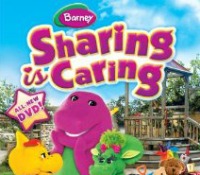 In kindergarten, there’s always that one kid: the one who refuses to be anything but the mom during house, the one who won’t lend you his black crayon because he doesn’t want the tip to get smushed, the one who won’t give you his spare mittens when it’s -40 because "they’ll get wrecked.”

But when he wants to be the dog, or broke his last crayon, or forgot his toque, he doesn’t understand why you won’t share.

Sharing is a two-way street. It’s great to plug your own blog and all, but if that’s all you’re doing you’re not really sharing. In order to share, you have to involve other people. Sharing doesn’t come naturally to most kidlets (and some adults, too), but through a combination of punishment and personal realization they eventually learn that sharing does make the world a better place, and a heck of a lot more entertaining, too. How else would you find new music, new technology or new anything? And in case you haven’t noticed, sharing on social media is way easier than sharing in kindergarten. There are buttons, for goodness sake. BUTTONS.

Don’t Take Things That Aren’t Yours 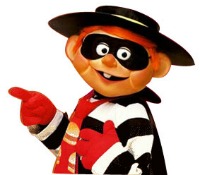 When I was in kindergarten, somebody stole my Tweety Bird bathing suit (gross, I know). Later that week, I saw a girl wearing it at the pool. I knew it was mine because there was this weird thing with the strap, but I didn’t confront her. I didn’t really want it back (would you?), but I told a few people about the situation. Those few people told a few more people, and it eventually got back to the thief. I never saw her wear it again.

People recognize stolen goods. If you pilfer a blog, a paragraph or even just a sentence, that’s stealing. You may not be confronted about it, but chances are there are a whole lot of people talking about your lack of ethics. That will come back to bite you big time. And if it doesn’t, your own laziness will eventually ruin you.